Back to Industry News
Govt. Insists a Ban on Maize Export Won’t Be Lifted 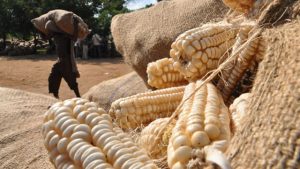 TANZANIA – The government has reiterated that the ban on maize exports is here to stay and that those trying to go contrary to the directive may face the music.

The Prime Minister, Mr Kassim Majaliwa told the Parliament this morning that the government was still collecting data on the adequacy of maize in the country before lifting the export ban, noting however that spot checks show that a number of regions within the country are still facing food shortages.

“Several places in Mwanza and Geita for instance have food shortages,” he said responding to a question from Ms Ritta Kabati (Special Seats – CCM).

In her key question, Ms Kabati wanted to know why the government was sustaining a ban on maize exports at a time when some regions have had surplus harvests.

But according to Mr Majaliwa, apart from disparities in harvests among regions within the country, there is also a change in food preferences among various tribes.

“For instance, a good number of the Chaggas and the Hayas have now shifted from eating bananas to ugari as their staple food. This change means that we now need more maize than in the past,” he said.

Besides, said Mr Majaliwa, various countries in the region have reported poor harvests and have requested for maize from Tanzania.

“The Democratic Republic of Congo (DRC) and South Sudan have officially written to us, requesting that we export our maize to them.

This shows that the food situation in the region is not good and if we allow uncontrolled exports, we may soon have serious shortages across the country,” he said, congratulating the Kilimanjaro Regional Commissioner, Ms Anna Mgwira for impounding several trucks – loaded with maize, which was destined for exports – in her area.

He said available data show that during the past three days, a total of 103 trucks, loaded with maize, have been seized in various areas.

“This shows the magnitude of maize scarcity within the region. If we have managed to impound 103 trucks between Eid El Fitr and today (Thursday), can you imagine what the situation will be in one month if we lift the ban?” he emphasized.

Mr Majaliwa – who doubles as Member of Parliament for Ruangwa – warned that should the government get convinced that the seized maize was destined for export, it will be nationalized and be used to fill the national grain reserves.

The trucks, he said, will also remain in the hands of the police force for good.

Banning food exports is also a deliberate move to bring the inflation down.

However, said Mr Majaliwa, people willing to export maize are free to do so as long as they seek approval from the Ministry of Agriculture and Irrigation.

“Our goal is to ensure that we export value-added products. If they seek approval from the ministry, they will be told to mill the maize before exporting and that is what we want as a country. We want to export maize flour,” he said.