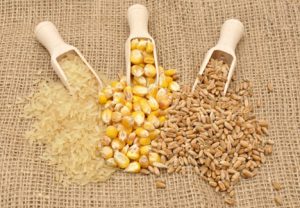 The UAE’s overall consumption of grain and feed is projected to grow nearly 6% over the next year. Due to the absence of domestic grain production, a rise in consumer demand for these products will need to be satisfied via imports. UAE’s wheat imports are forecast to rise 5%, reaching 1.3 million tonnes in marketing year 2017-18. Similarly, rice imports are estimated to climb 5% to 1.285 million tones with corn imports increasing 10% to 620,000 tonnes by the end of 2017. Although UAE’s barley consumption estimates are slightly higher for market year 2017-18, a substantial volume of remained stocks will decrease barley imports by 12%, to 450,000 tonnes.

“Most agricultural products, including wheat, barley, rice, and corn are exempt from import duties,” the USDA noted in the report. “The UAE government encourages the open trade of these commodities as it supports the country’s goal of being the regional trade center for the Gulf Cooperation Council (GCC) region. Within the UAE, the Emirate of Dubai functions as the main hub for the majority of the goods entering the country. Dubai is often touted for its infrastructure (air and seaports), numerous free-trade zones, and promotion of policies and procedures that encourage business investment. Similarly, the UAE is involved in the re-export of agricultural goods, serving as a key transit point for products traveling both to and from the GCC and Africa.”

The greater demand for grain and feed in the UAE is attributed to a series of factors, including steady growth in population and tourism, large-scale investments in preparation for the UAE-hosted World Exposition in 2020, and a UAE food security initiative that focuses on improved food processing and grain storage capabilities within the country.

According to local industry contacts, UAE importers maintain a six-month supply of rice, barley and wheat and approximately four months’ worth of corn stocks.

In 2016, the UAE government subsidized barley imports to local companies, which resulted in 110,000 tonnes in ending stocks. Currently, the UAE federal government does not provide subsidies for wheat, barley, rice, or corn. However, the Emirate of Abu Dhabi provides a subsidy to bonafied end-users of these products like registered mills and processing facilities.

In early 2016, a grain storage terminal, Etihad Mills, opened within the Fujairah Free Zone to help ensure food security within the UAE. This facility is responsible for operating and managing a strategic supply of grain such as wheat, corn, and rice, the USDA said. It operates 20 silos in the western Emirate of Fujairah. The UAE aims to build domestic and regional capabilities in grain trading to ensure a consistent supply of grain to the UAE market and greater GCC region. The facility is still in the testing phase of operation.

Following the UAE government’s food security initiative, in December 2016 the Al Dahra Kohinoor company opened a new rice milling facility within the Khalifa Industrial Zone Abu Dhabi (KIZAD). The facility is unique to the Gulf region and has the capacity to hold 60,000 tonnes of rice per year with a total trading capacity of 100,000 tonnes, according to the USDA. The plant is designed to cover everything from dehusking, milling, and packaging for their rice brand. Similar to Etihad Mills the facility is still in the testing phase of operation and due to come online in 2017.