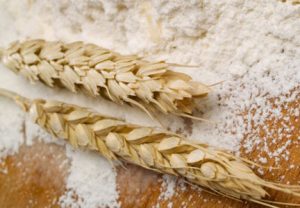 “These activities show customers how U.S. wheat can meet both quality and quantity requirements in the most profitable manner, as well as demonstrate the benefits of blending U.S. wheat classes with local and other imported wheat for specific end products while fostering more demanding quality specifications,” El Hachimi said. “Our focus was on the unique quality and integrity of the U.S. wheat marketing system, including how wheat is graded and exported. The team was particularly interested in learning more about U.S. durum characteristics and specific uses of Dark Northern Spring (DNS) wheat as an improver wheat.”

The team began its trip in Montana with a schedule that included tours focusing on research and breeding, milling, transportation and export logistics.

“Although this is not a new market for Montana, this was a fun, unique team for us to host,” said Collin Watters, executive vice-president of the MWBC. “It was eye-opening for us to learn about the specifications they are interested in for durum, and for spring and winter wheat.”

On a tour of Montana Milling in Great Falls, Montana, U.S., Watters said the team was especially interested in the mill’s specialty products and in the design of the mill itself. During another stop at Northern Seed, LLC, in Fort Benton, Montana, U.S., which develops new durum varieties, the team saw progress toward the color specifications that their market demands.

The team was impressed by the level of research and connectivity throughout the entire U.S. wheat industry.

“I will share information with my own colleagues about the importance U.S. wheat farmers place on research and developing their industry,” said Adil El Eulj, administrator for IZDA.

While in North Dakota, the team met with grain trade representatives and transportation experts to learn more about sourcing options and how to tender for combination shipments with spring wheat and other commodities. They also received a crop update and market outlook to help guide their buying decisions.

“This team was especially important to us because it represents one of our largest durum markets, behind only Italy,” said Erica Olsen, marketing specialist with the NDWC. “These buyers have unique quality needs, specifically regarding high semolina color. But we also have strong competition in these markets based on logistics and cost.”

U.S. durum sales to Algeria as of May 18 in marketing year 2016/17 (June to May) are 127,913 tonnes, or 4.7 million bushels, versus 89,811 tonnes, or 3.3 million bushels, at the same time last year, and Olson reported that the customers had positive feedback on the quality consistency. She also shared that the team met with Dr. Frank Manthey, North Dakota State University (NDSU), who presented promising quality data on new durum varieties that show improvements in semolina color, which was good news for the Moroccan team members.

“I think the dialogue that took place during this visit was extremely helpful for our promotion efforts in that region and some of the most valuable we’ve had in recent years,” Olson said.

Looking back on the experience, all the team members commented on the collaboration between farmers, state commissions, universities and suppliers as “passionate and exemplary.”

“We learned that wheat producer success spanning many generations was not by chance,” said Farid Taieb Ezzraimi, director general, Group SIM, Algeria. “It is due to the close collaboration with the universities and advanced research in the agricultural sector.”

Reda Sellami, director general, Moony Group, added, “The cultivation of cereals in the United States is a perfect model of development with the best control and management of the production process, storage and wheat marketing.”

El Hachimi added, “The interactions these customers had while traveling on a U.S. trade team will have a great impact on buying decisions. The experience helps build confidence between the U.S. wheat industry and the North African importer.”

The Maghreb region of North Africa is comprised of the Atlas Mountains and the coastal plain of Morocco, Algeria, Tunisia, and Libya. Morocco and Algeria are a part of USW’s Middle Eastern, East and North Africa (MEENA) region, directed by regional vice-president Ian Flagg from Rotterdam, Netherlands, and supported by offices in Casablanca, Morocco, and Cairo, Egypt.