Back to Industry News
Pioneer Foods committed to investment plan

The company said in its trading update on Friday that it would invest in sustainable produce for its brands even if the ongoing drought persisted.

It said it had thus far been able to provide for the meal brand despite high raw material costs and rand volatility.

The update showed that the group’s international turnover fell 10.3 percent for the four months to January while South Africa turnover improved by 7.6 percent.

Overall, the group raised its turnover by 5.1 percent during the period, mostly as a consequence of inflation.

The 2017 raisin crop looks reasonable, which may bolster performance,” the group said. 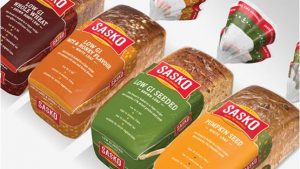 “The high base-effect of beverages in the prior year, due to the extremely hot summer was not repeated this year.

The new Weet-Bix capacity expansion has been commissioned, which bodes well for accelerated growth,” the group said.

Pioneer is also waiting for the final approval from the Kenyan competition authorities for the Weetabix East Africa transaction which the company is trying to acquire.

Another acquisition the ­company made during the year was the entire issued share capital of Stream Foods for a purchase consideration of £7.5 million ($7.95 million) in August.

“The outlook for the second half of the financial year to September 30 should reflect an improved performance due to an anticipated improvement of maize profitability; satisfactory raisin crop; new Weet-Bix capacity coming on-stream; the commissioning of the Aeroton bakery upgrade; bakeries in the Western Cape regaining momentum and cost respite on key inputs,” the group said.