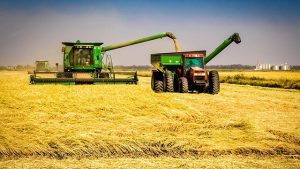 TANZANIA – Tanzania rice farmers need to open small rice milling plants and package facilities to boost sales of the food product in the East African region and beyond as they expect bumper harvest in the forthcoming season.

He said as rice farmers expect bumper yields in the next season, they need to strategise on how to boost sales in the EAC region and benefit more from what the country is richly endowed with.

“With the ongoing rains in various parts of the country, it is obvious that in the coming season, Tanzania farmers are going to get good harvest, we are therefore advising them to think of good market so that they can benefit from this business,” he said.

Tanzania’s rice is the most sought product in the region but despite plentiful supply, it has not been able to penetrate the huge and lucrative regional market due to doubts on genuineness, as there were cases of some dishonest traders mixing it with low quality imports from Pakistan.

According to information posted on the Rice Council of Tanzania website, Tanzania currently produces about 1.40 million MT of rice, grown mainly by small scale farmers and mostly under low-input, rainfed conditions.

Although local production provides over 90 per cent of national demand, yields are generally low and there is little cohesive value chain development.

The result is an inefficient and generally uncompetitive rice sub-sector, but one which has great potential for rapid and substantial improvement.

Mr Edward said RCT was emphasising on the proper use of fertilisers, modern storage and packaging and educate farmers across the country to add value to their products.

“We want them to pack rice in special bags that will be stamped with their company’s names, this will help to maintain quality of their products,” he said.

According to Mr Edward, Tanzania farmers are currently selling rice informally and that through that process the government loses millions of shillings in revenues.

Tanzanian rice is always sold to neighbouring countries that pack it on bags and sell it at higher price.

Mr Edward said establishment of rice packaging and supply companies will add value to the local produced rice and it will be easier for the government to collect revenues.