Back to Uncategorized
Iranian Millers Adjusting to COVID-19 Impact 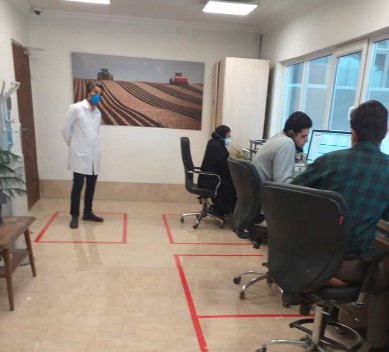 He noted that, to the best of his knowledge, the topic of a global pandemic’s impact on flour milling has never been on the agenda. It almost certainly will be in the future, as the unthinkable has occurred with the biggest global pandemic in more than 100 years – the novel coronavirus (COVID-19) — spreading to virtually every country in the world, infecting more than 3.1 million people and killing hundreds of thousands more.

Iran was one of the first countries to see a significant spike in cases after it was first detected in China in December.

According to Worldometers’ COVID-19 data, as of April 19, Iran had 83,505 cases of the virus — eighth-most in the world — with the seventh most deaths at 5,209. Fortunately, the number of reported new cases and deaths in Iran has steadily declined during the last several weeks, but Jamshidi said the country’s flour milling industry is still feeling the impact of the pandemic. Several weeks after the virus was detected in Iran, the government issued an official shelter-in-place order.  Jamshidi said the quarantine measures have altered the country’s flour consumption patterns.

“The demand for home-use flour surged slowly and KFF managed to come up with 3-kilogram and 5-kilogram bags of all mix ready for home-baked bread,” Jamshidi said. “The most popular Iranian bread is a flatbread, which, after baking, is physically picked up by hand. This product was made for a non-experienced home baker who can simply add water and bake it on a pan and not even an oven. It has proven to be in big demand.”

The impact on flour production is just part of the story, Jamshidi said. “Given the complexity of the pandemic and the reaction of people, we had personnel taking voluntary leaves, and simply finding distribution trucks between cities was a challenge,” he said. “Also, in Iran cash still plays a big part in daily transactions. It was banned by the government, which said to strictly use debit cards. That has created a big challenge in being able to get paid.”

Jamshidi said there are now internal policies in place to screen employees who are suspected of having COVID-19. If there are any suspicions, they will be reported to local officials, he said. “In cases like that, the health ministry tests all the personnel and staff and if anyone tests positive, the mill is quarantined, shut down and sealed,” Jamshidi said.

He said the Government Trading Corporation of Iran’s wheat imports had already begun when the outbreak in Iran started to accelerate, and harvest had already started in the southern provinces, enabling KFF Mills and other mills in Iran to secure enough raw material for daily grinding. However, he noted that with the increased demand for flour, securing enough wheat is an ongoing challenge.

“Just-In-Time inventory causes a challenge during these events and there is a big weight on the supply chain, which is easily disrupted,” he said. “Inventories should definitely be built with a greater volume.”

The pandemic also is impacting the trade of flour, he noted.

“Traditional flour exporting countries are focusing on keeping the commodity for their domestic consumption and have banned exports, creating a new market,” he said.